So this month in the Beejeebers Bee Cheryl asked us to simply make two blocks that were red and white.   The sky was the limit as far as the design.  I started going through a few block designs and quickly realized I wasn't feeling up to cutting a whole bunch of tiny pieces this morning.  So I grabbed some of my 2 1/2" squares that are piled up next to my machine (for my AQP Quilt-A-Long) and just started sewing.  And this is what I ended up with ;)  And I am pleased as punch!!! 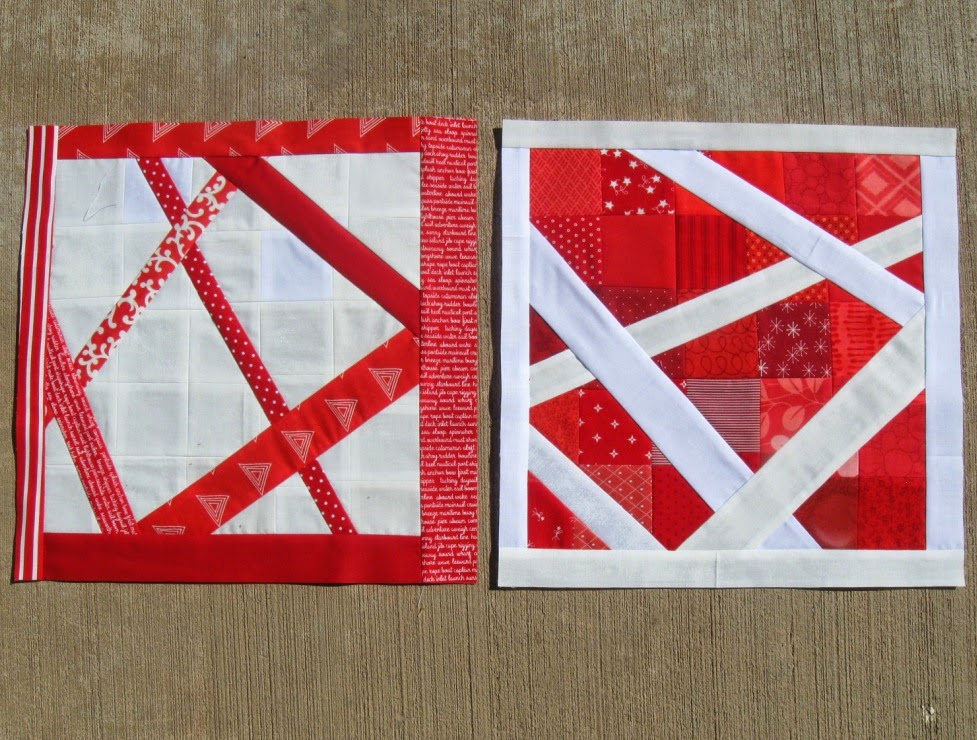 And I got to say,  there is nothing quite as fun and freeing as just sewing without a plan.  I don't do it near as often as I should, I think it is the accountant in me that makes it a bit out of my comfort zone ;)  But everytime I do I have so much fun and I just love the end results ;)  This is what I started with originally.  Just some fun patchwork.  The whites are different shades, but it is hard to tell in the picture ;) 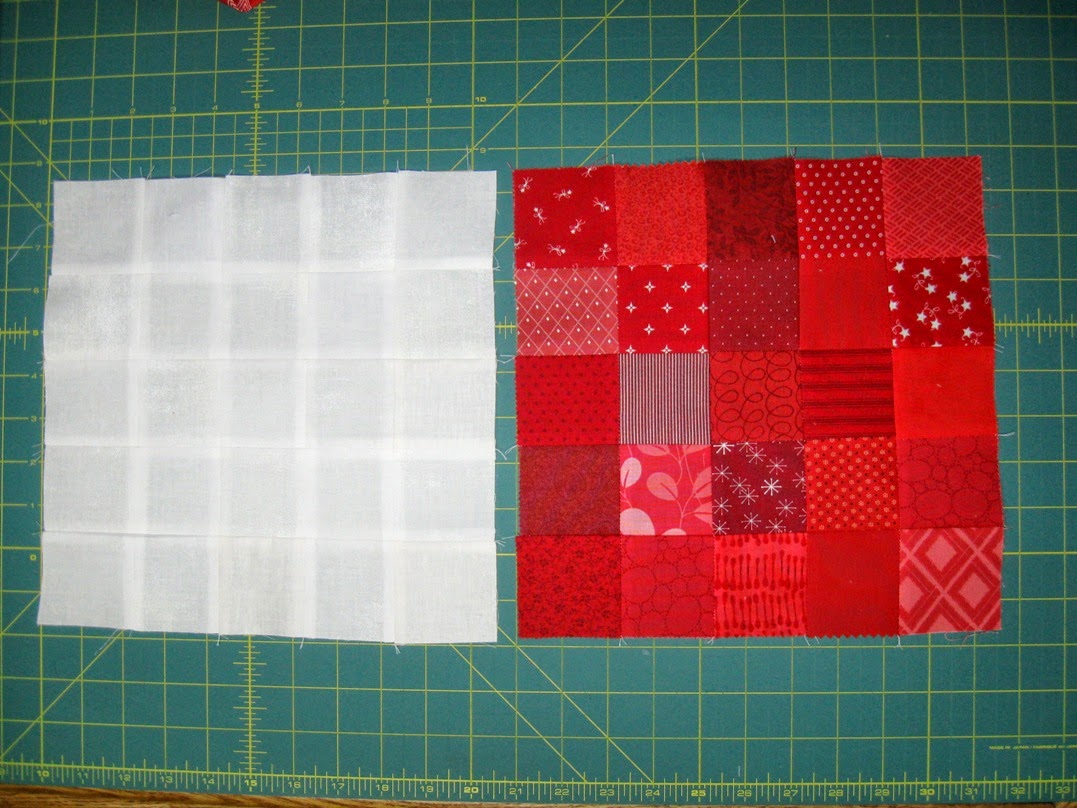 Then I thought of this pillow I made a while back and bingo!!!  I have done improv string slashing  (I am totally creating a new term there :)  before but never on patchwork.  So I decided to see where it would go.   So a simple slash. 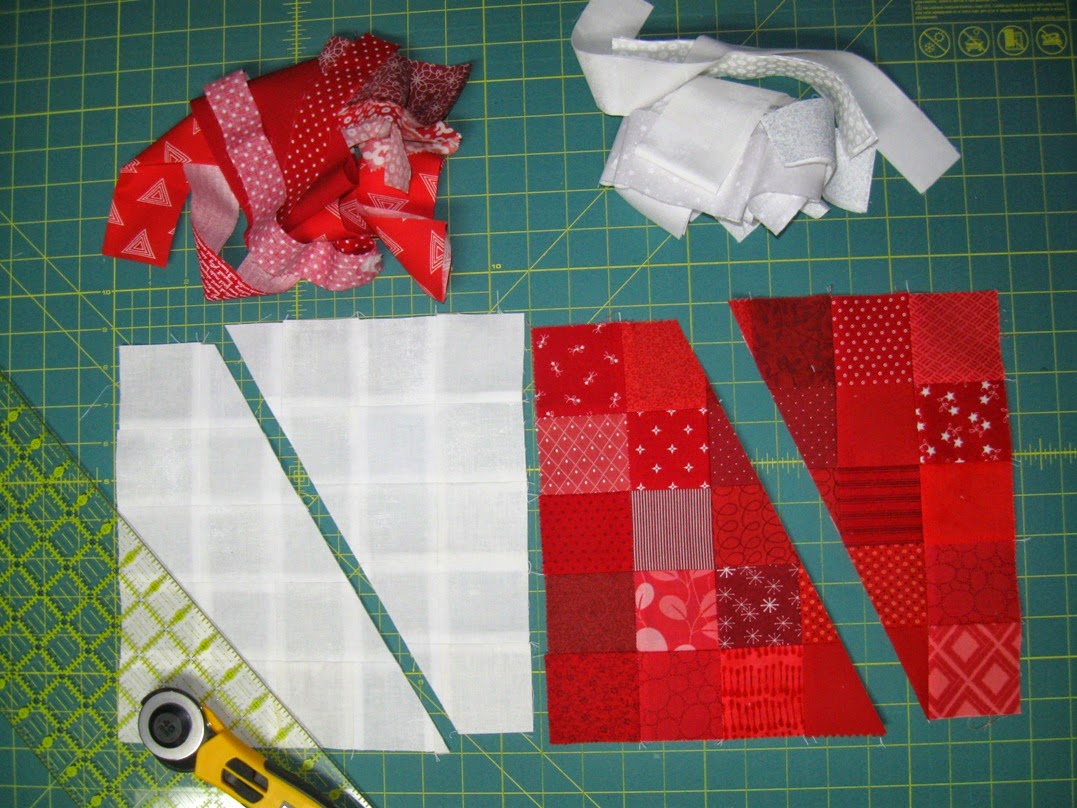 Added a string and liked it.  So I rolled with it. 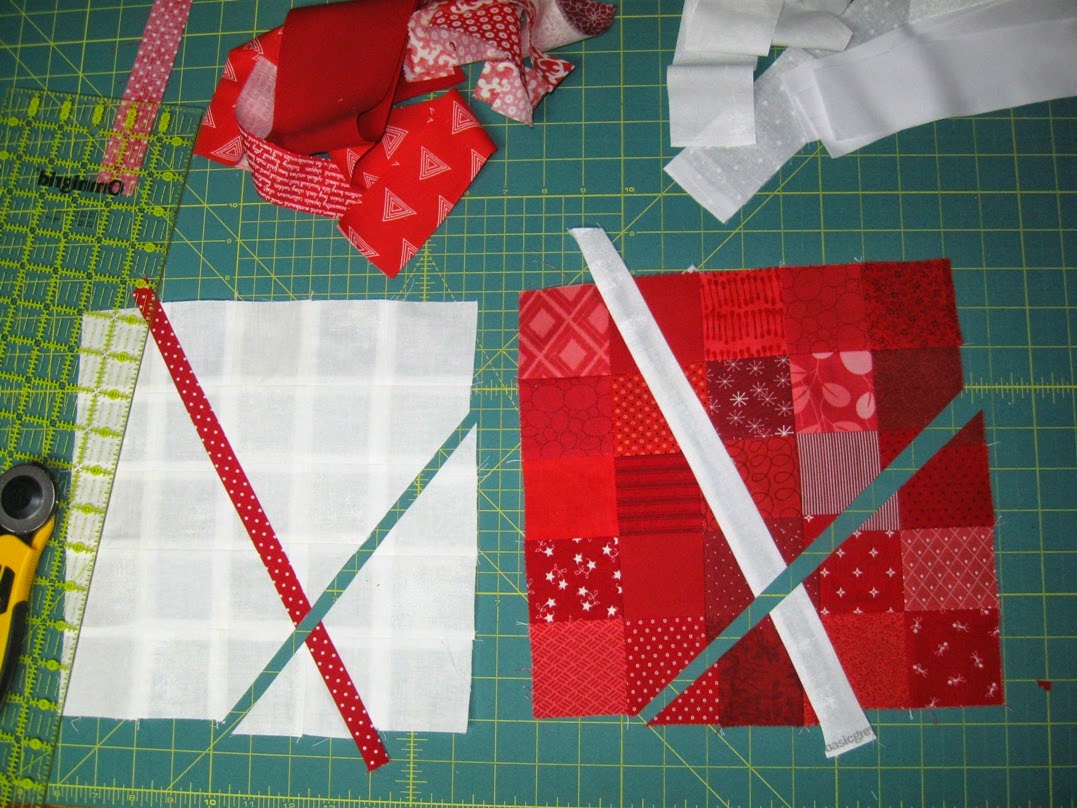 And I got to his point and decided I didn't want the strings to overtake the patchwork, but my block still wasn't quite big enough.   So how to fix it . . . add a border ;)   I squared up my blocks. 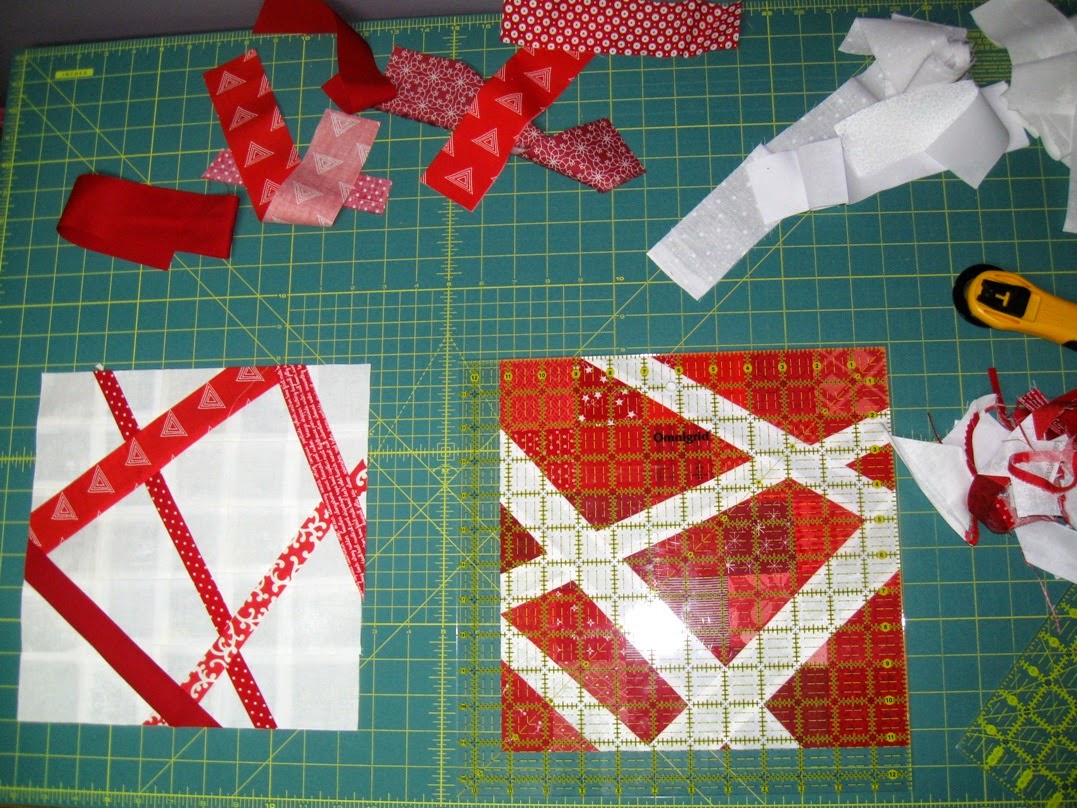 Added a border, and then squared up my blocks again offsetting the borders.  And I can't say how happy I was that the blocks weren't big enough.  The borders just framed them up so nicely ;) 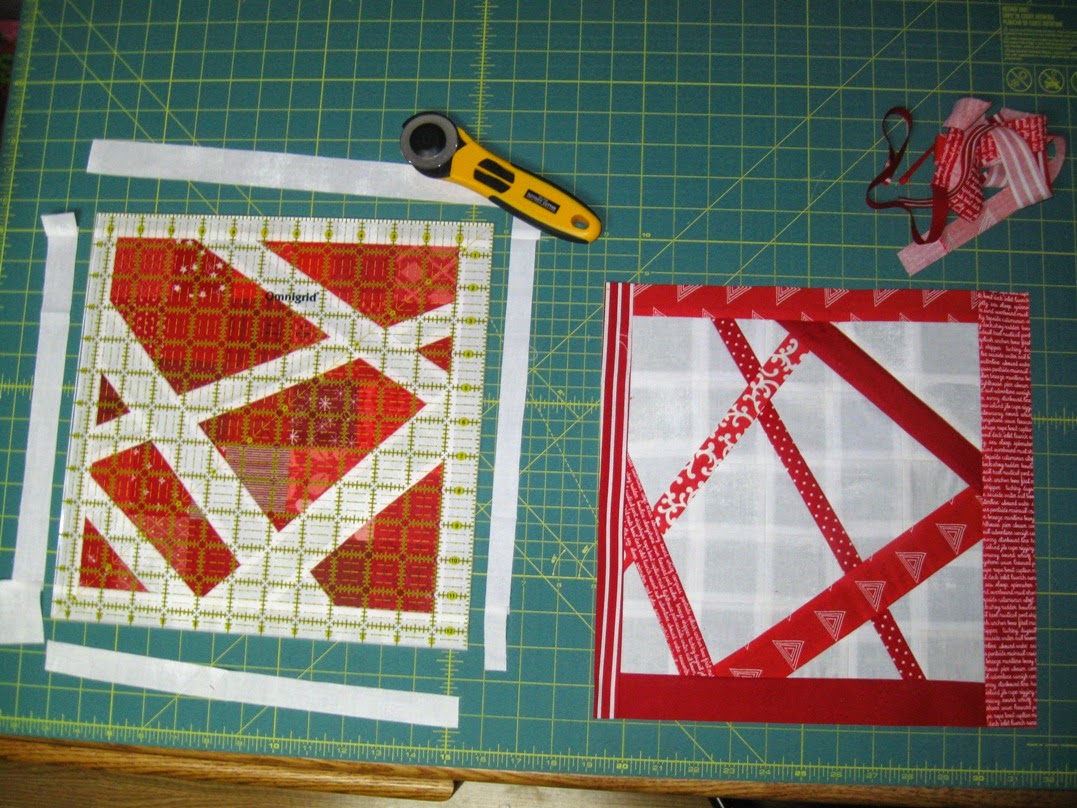 And that was my journey with some improv piecing this morning ;) 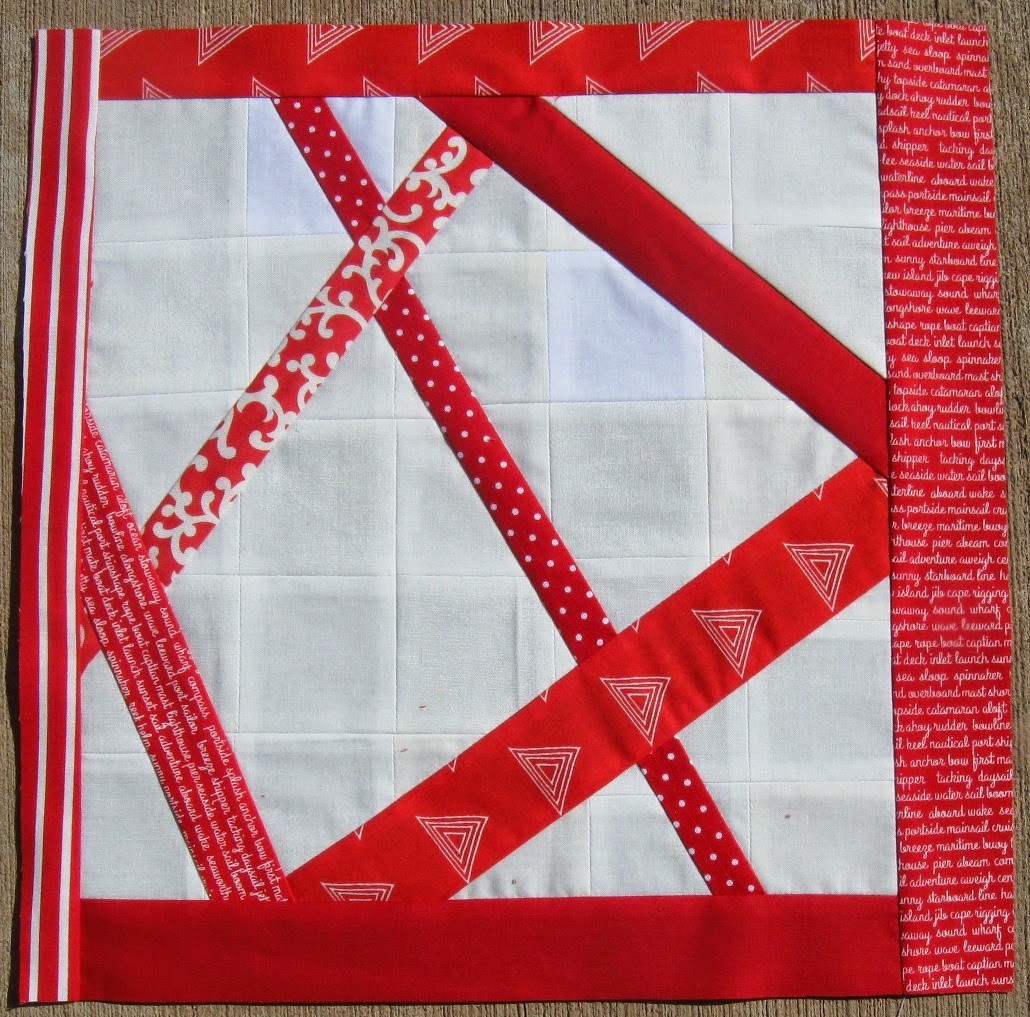 I think I will do it again soon ;) 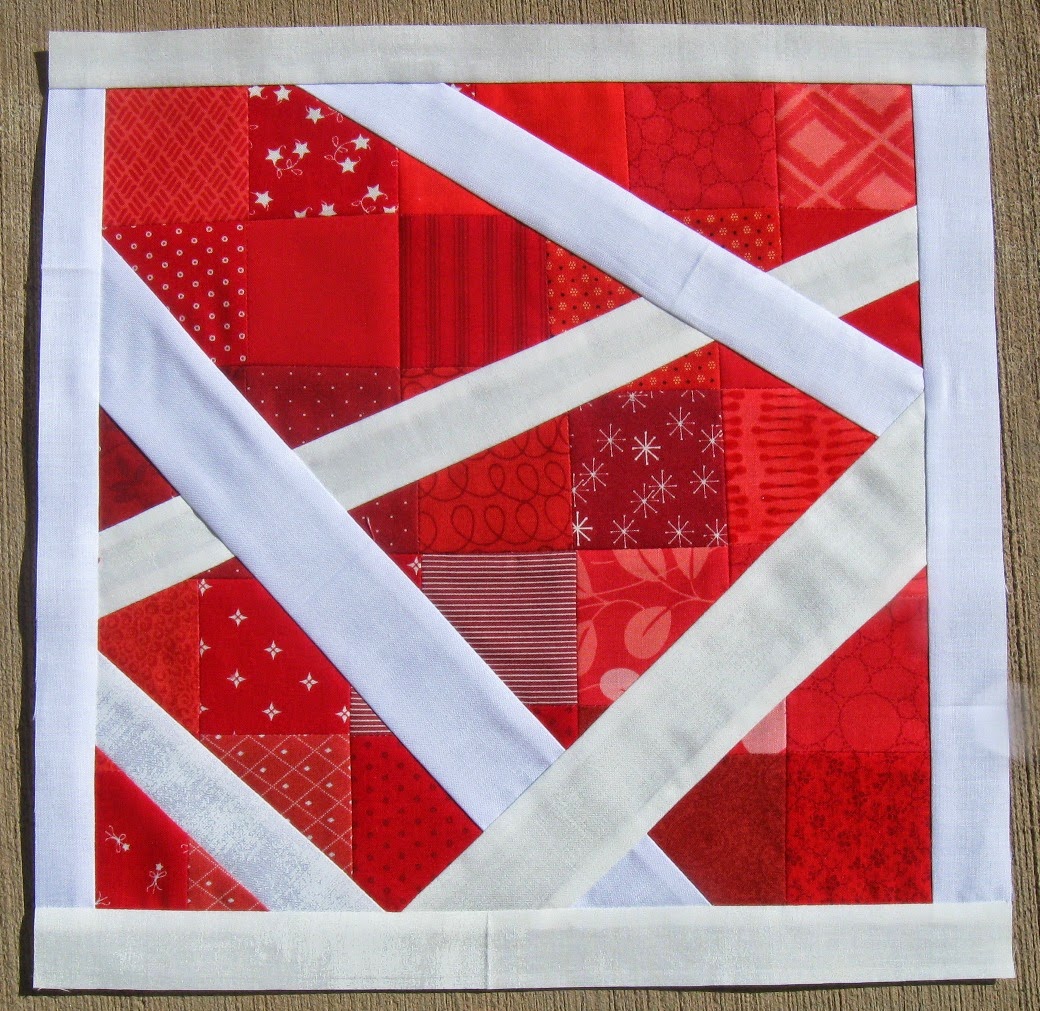 So what about you???  Do you like to have a plan before you start or just start sewing and see where it goes??  Or, are you trying to embrace both??

Have a Happy Quilting Weekend!!!