Yippee!!!  I finished up my MQG Mini Quilt Swap Top ;)    And I am so, so, so excited with how it turned out.   It's always fun when it comes together the way you saw it in your head ;) 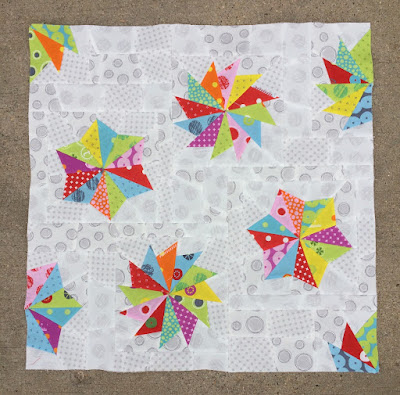 You might recall that I mentioned back here that I was planning to make a few of the blocks from the new First Blush book from Fat Quarter Shop and play with the new Starburst Ruler. 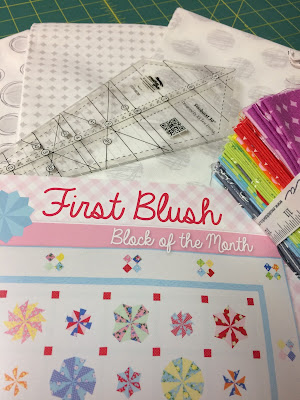 Well I have to say, making up these starburst blocks was so much fun!!! And aren't they just so happy in their rainbow goodness ;)   And I just love the mixture of the low volume backgrounds.  Getting those center points to all come together was a bit of a learning curve, the first one was a wee bit off and took a little seam ripping to fix, but after that, I pressed open and more frequently, and the others came together just great!! 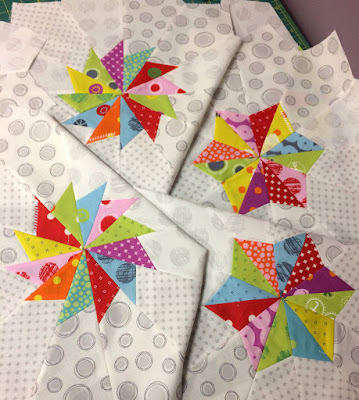 And then it came time to make them into a quilt top.  I didn't really have much of a plan here,  I just knew I wanted them to have a "flowing" kind of feel.   So I trimmed all of the blocks down and then used some masking tape on the floor to set the quilt size.  Then it was just playing with the layout until I liked the "flow".  When I was making the star blocks I decided to make some partial blocks, mainly because I had some extra pieces that didn't quite make a whole, and I am so glad I did, because they turned out so fun!!! 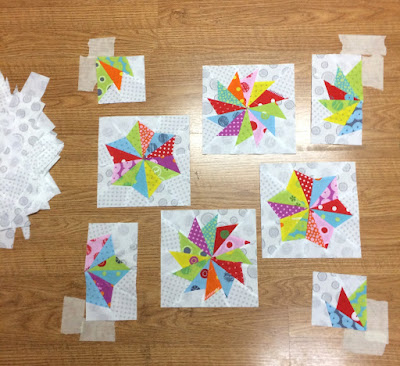 Once I liked the layout, I drafted it on some graph paper so I knew the size gaps I needed to fill in.  And wouldn't you know it, all of those scraps that I had trimmed down were the perfect filler for those blanks.  Isn't the scrappy low volume just so fun!!! 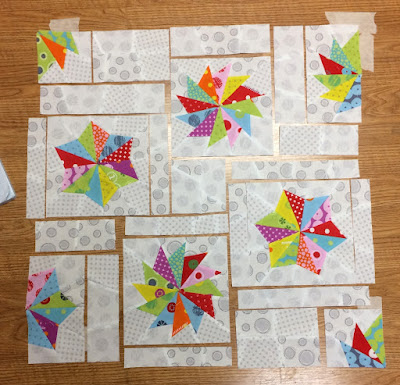 And then all that was left was to sew the quilt top pieces together.  There was a partial seam in the center that I actually had a lot of fun sewing up.  You don't get to do partial seams very often so it is always fun to see you that I still remember how to do that ;)   And can I just say, I am so loving this !!!! 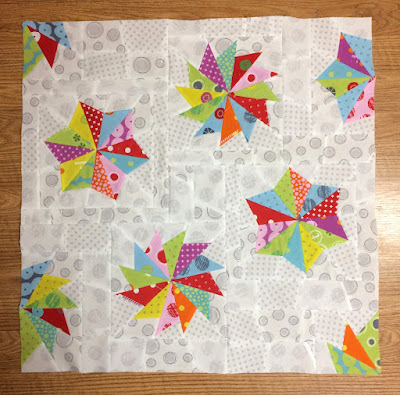 And I actually had 1 Star left over that I was trying to mash in the top, but it just made it to busy, but I am so excited I decided to leave it out, because it just made the perfect backing and used up all of the last bits of trimming scraps.  happy dance for no waste ;) 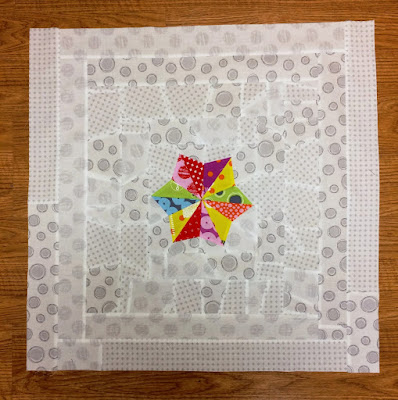 Now it is time to quilt it up ;)  I haven't decided how I am going to do that yet, but I know it will be something on a small scale.  Time to sketch up some ideas ;)

Thanks for popping in today and I hope you have a very Happy Quilting Weekend!!!

Posted by Melissa Corry at 7:50 AM