Well, a lot has happened since Week 1 of Renovation and things are moving right along.   Which of course, I am so incredibly grateful for!!!  Our Contractor is Dennis Gray with Precision Development and he has been absolutely fantastic to work with!!!  So let's see what got done in Week 2 :)

MONDAY -   We were up the mountain for the school holiday, and I was thrilled when I came home to find that the new siding had been put up!!!!   This is where all the windows used to be :)    I just love the way this siding turned out, and  they did it all on a break, so nice of them!!!! 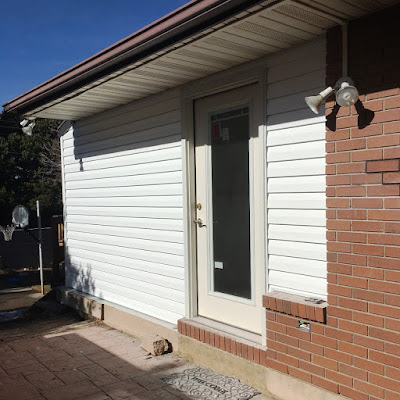 TUESDAY - Began the muddying and taping ;)  And our kitchen and other areas were pretty much looking like swiss cheese with all of the holes, so there was a lot of muddying and taping to do ;)   And of course, the weather turned cold which made it take a while to dry between coats, what ya gonna do ;) 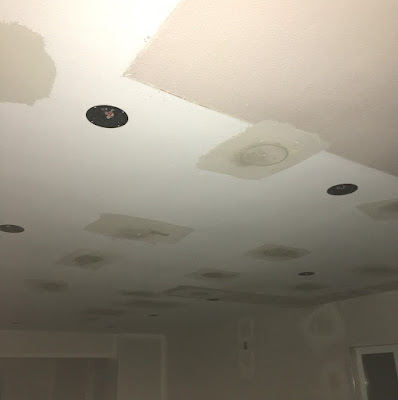 But it was nice that other jobs were still getting done while the 4 days of muddying and taping were going on.   On Tuesday the tile folks came and installed the tile for the new fireplace in the living room.   I so love this tile, it is just so soft and sophisticated ;) 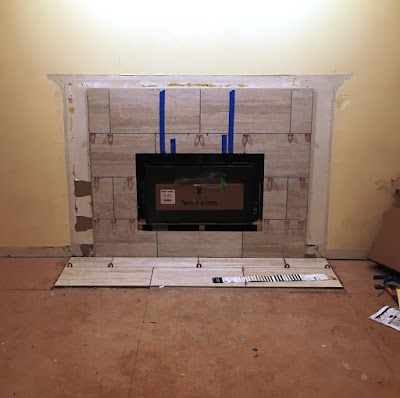 WEDNESDAY - And then on Wednesday, the builder came and created this new fireplace mantle from scratch.  It was so neat to watch him build each piece and see it all come together.   Isn't it just beautiful!!!   I can't wait for it to be painted now ;) 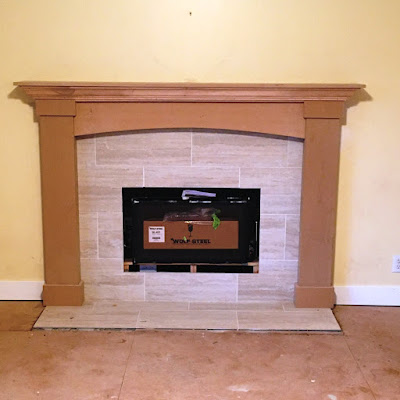 My Kitchen to Dining Room doorway was also widened on Wednesday.   We added about another foot and a half to the opening which just really increases the flow and makes it so much more open.  But I still have two different rooms, which I really wanted to keep.   So fantastic!!!    And this was widened just as the folks were getting to muddying and taping in this section.  Talk about great timing!!! 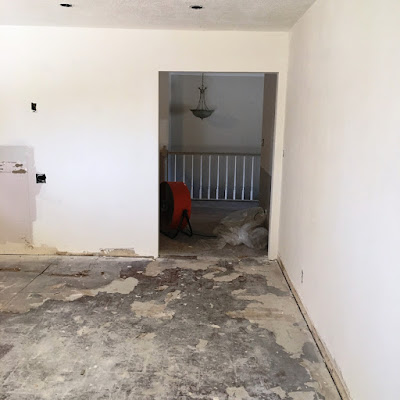 THRUSDAY - We continued with muddying and taping, such a big job!!!   And we also had a builder come and start putting the molding around the doors.   Isn't that just so pretty.  I love the new solid look of molding!!! 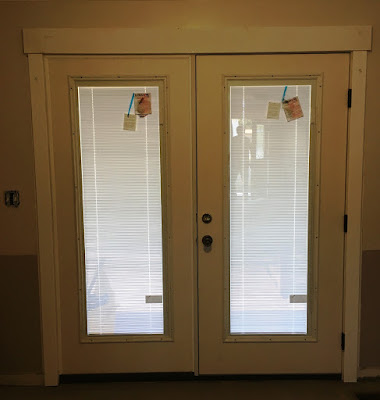 FRIDAY - And by Friday, the muddying and taping just needed to be finished and sanded.   It is hard to see in this picture, but there is a beautiful stomp pattern on the ceiling and a nice whitewash on the walls.   It is really great, and again, I can't wait to see it all painted!!! 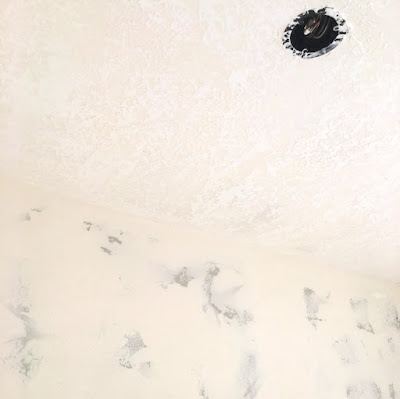 So that is Week 2!!!   It is so neat to think that everything is set for the painter's to come in on Monday and start painting ;)   And were hoping to get the cabinets in before the end of the week, I can't wait to share that!!!    Be back next weekend with another report :)

Posted by Melissa Corry at 1:16 PM